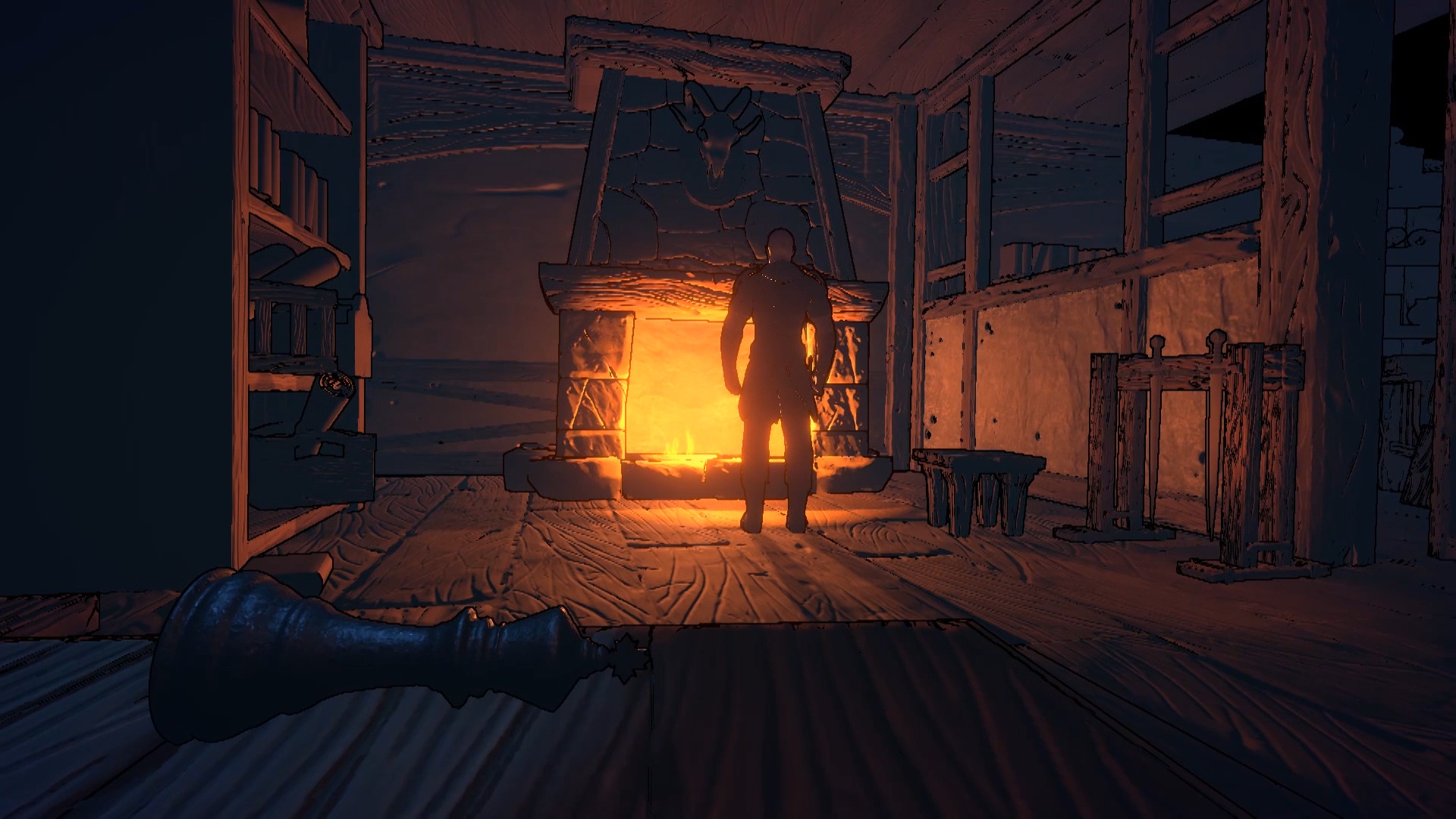 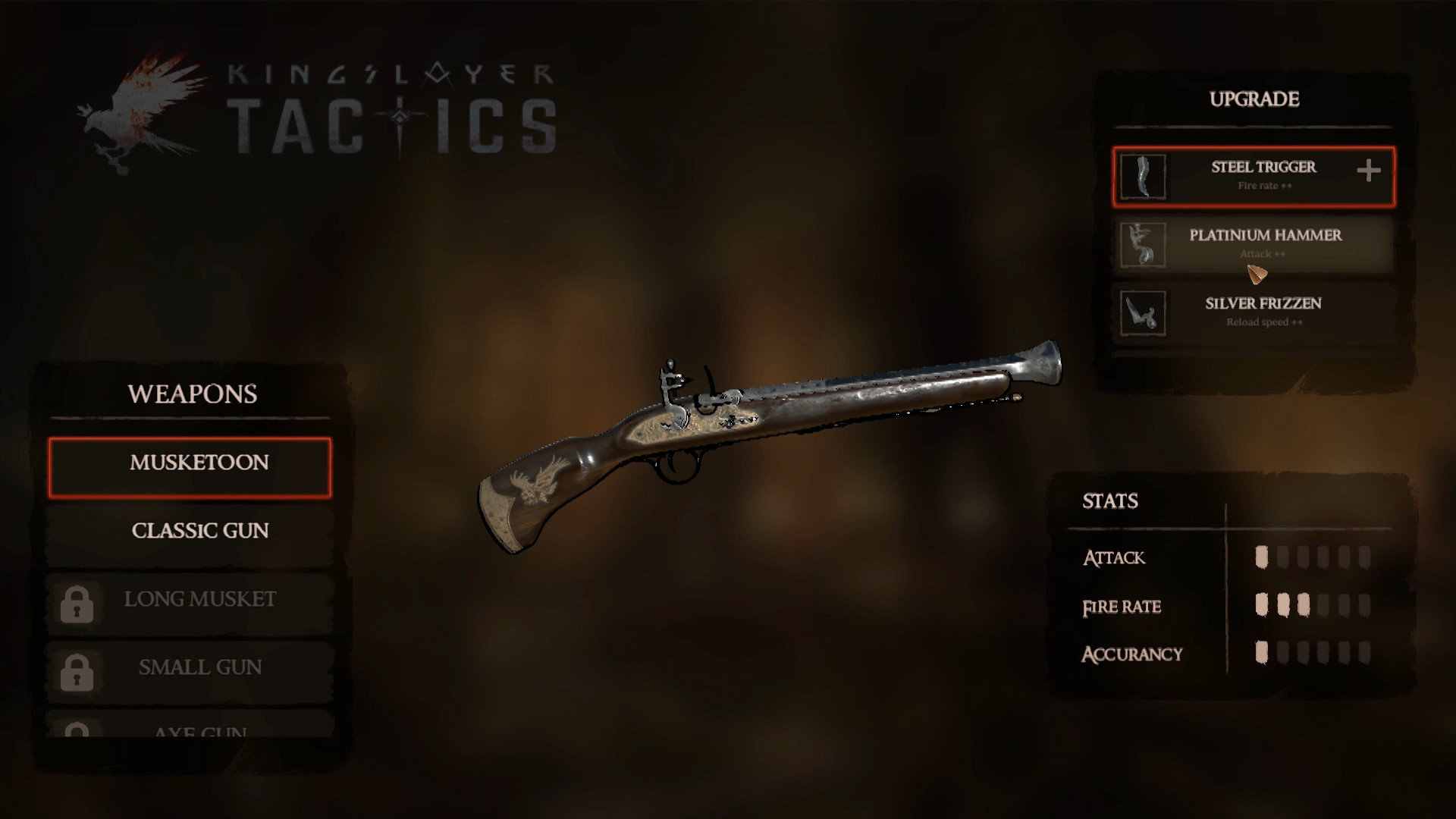 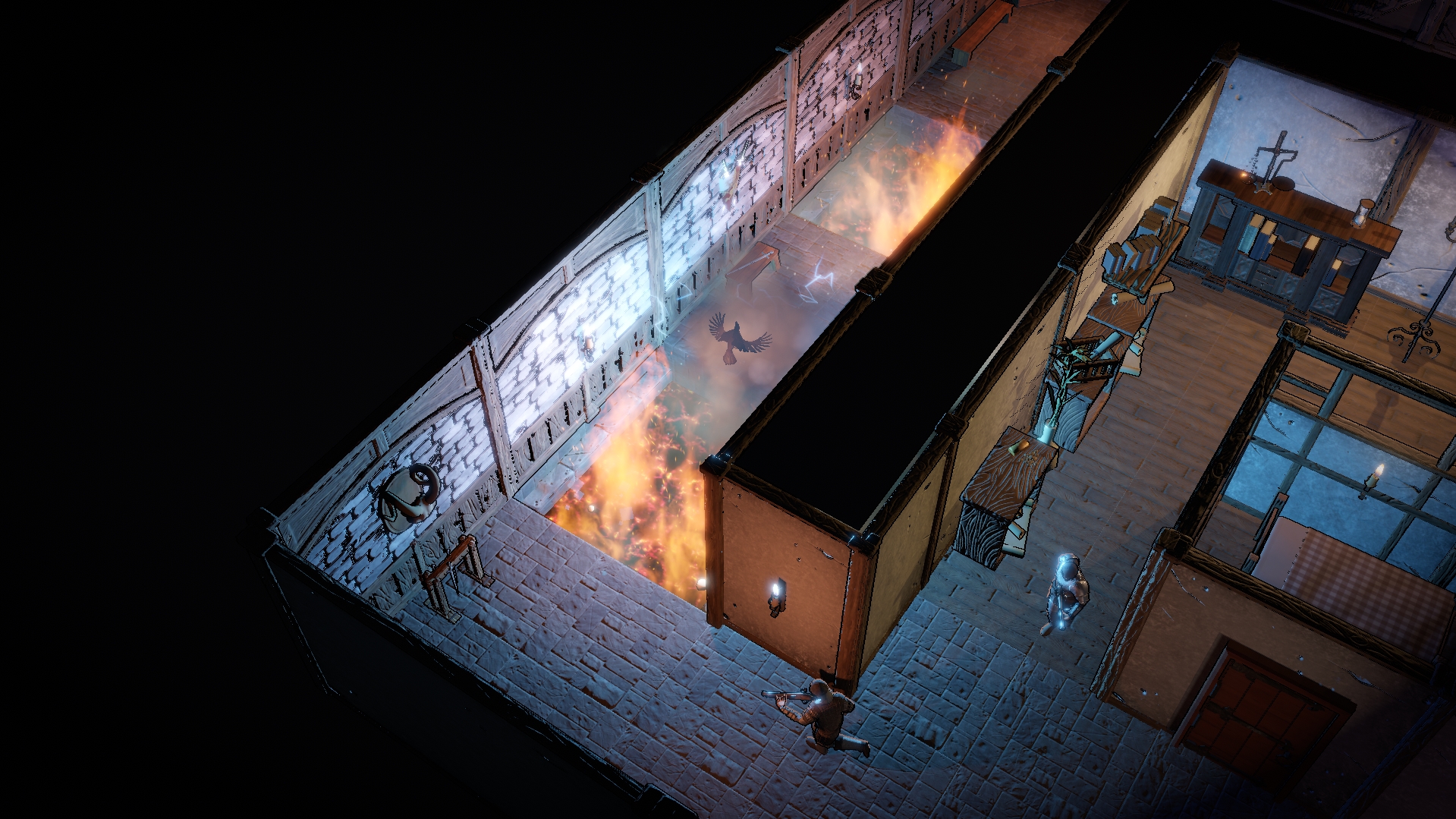 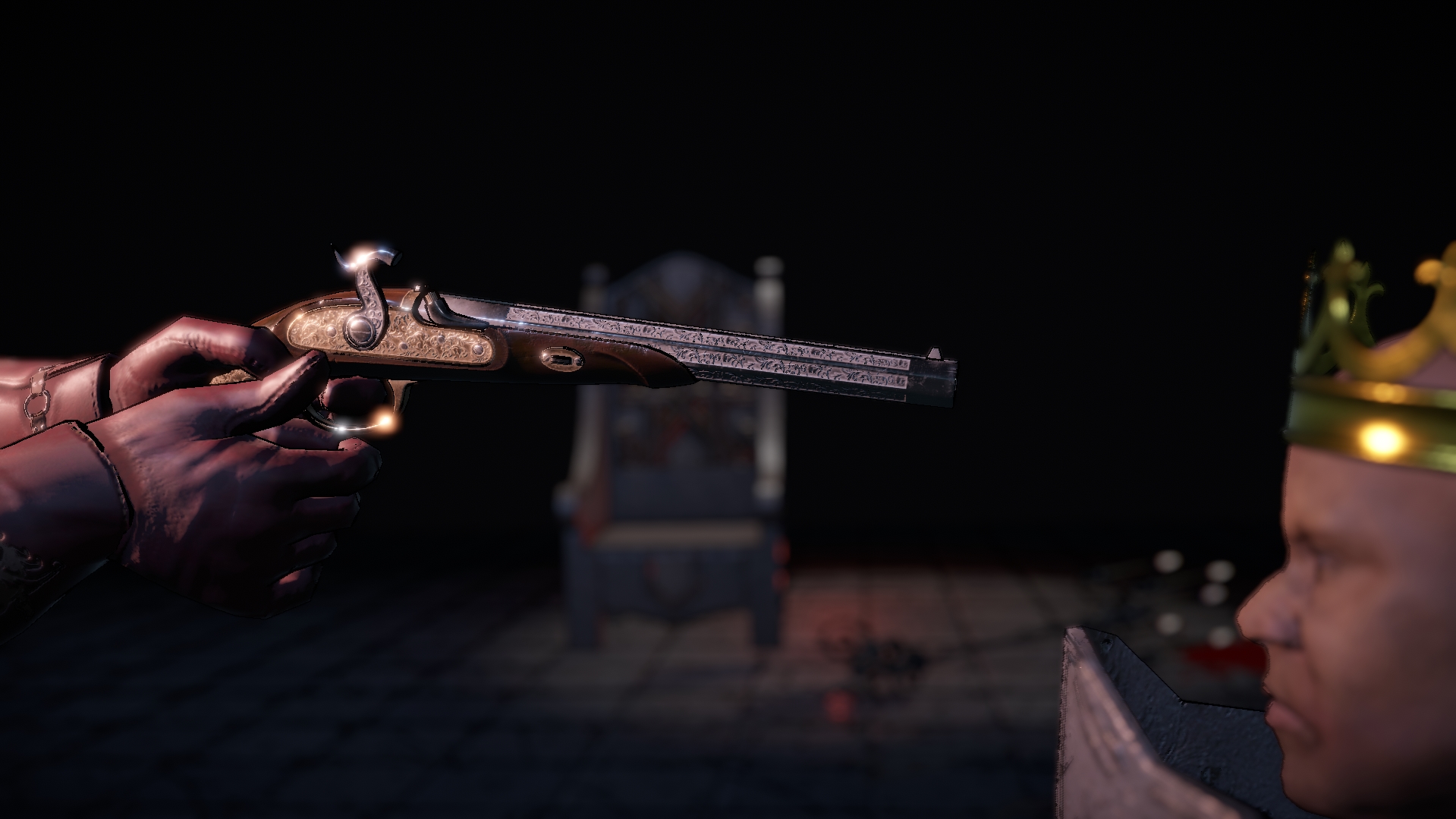 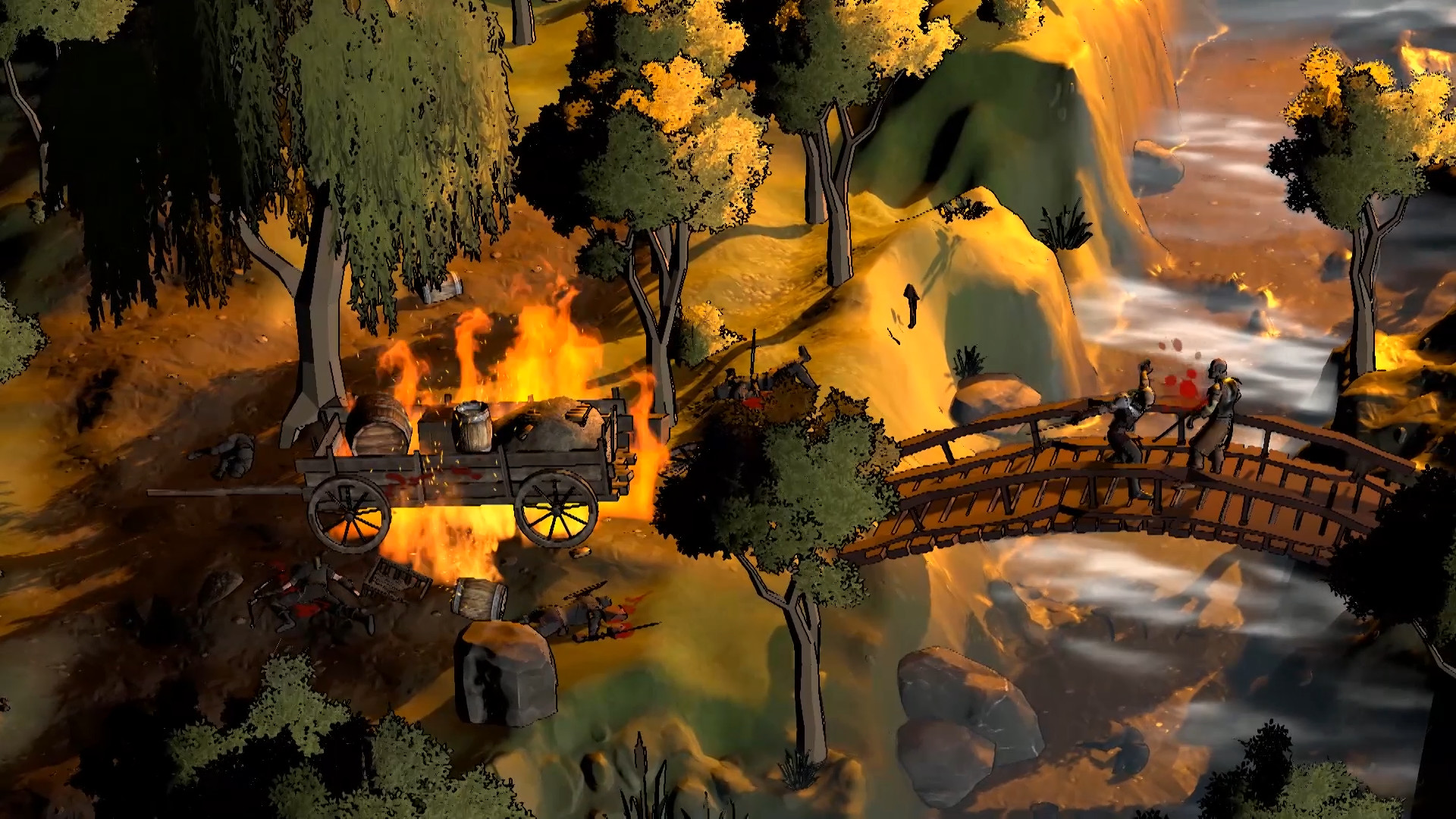 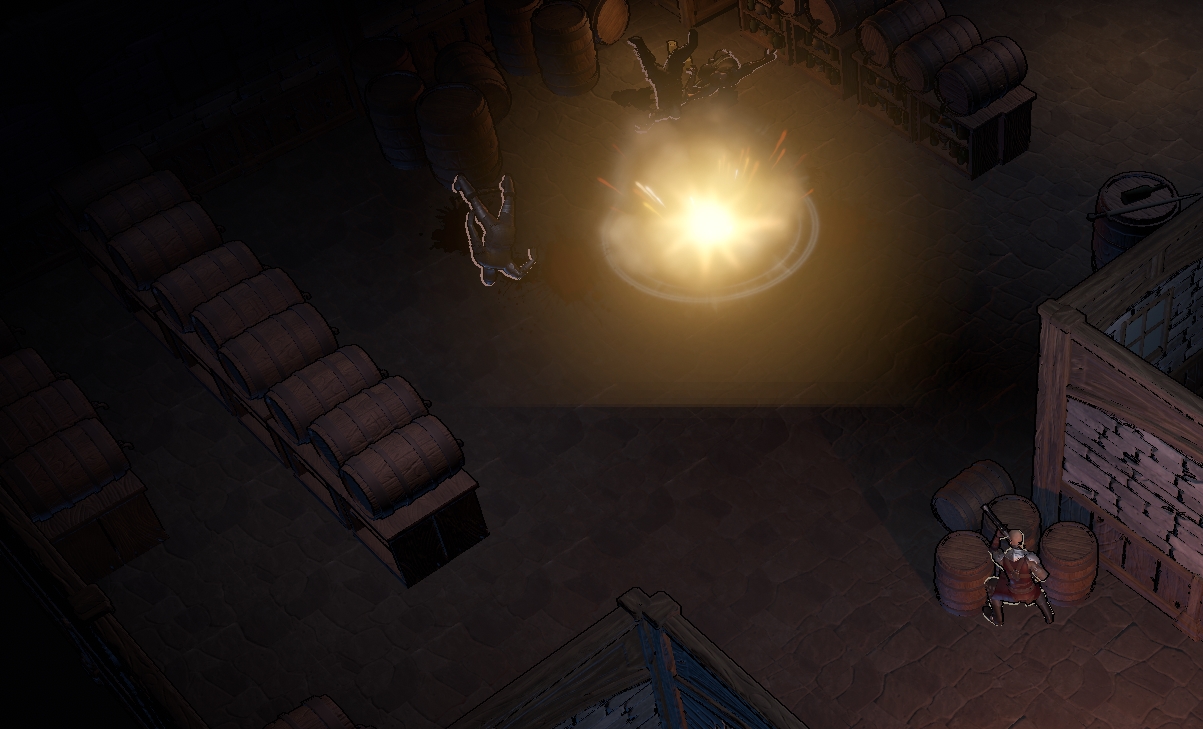 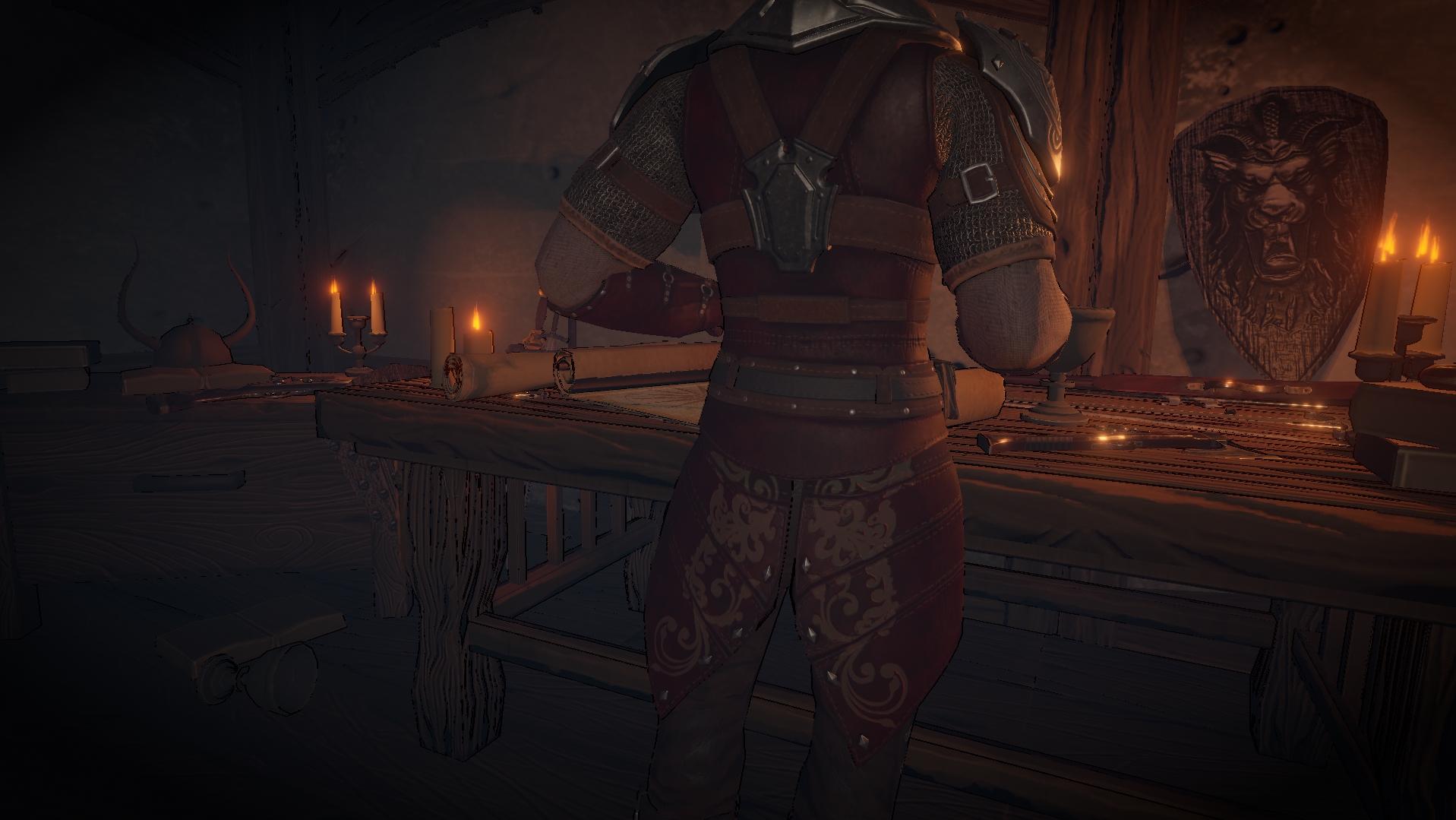 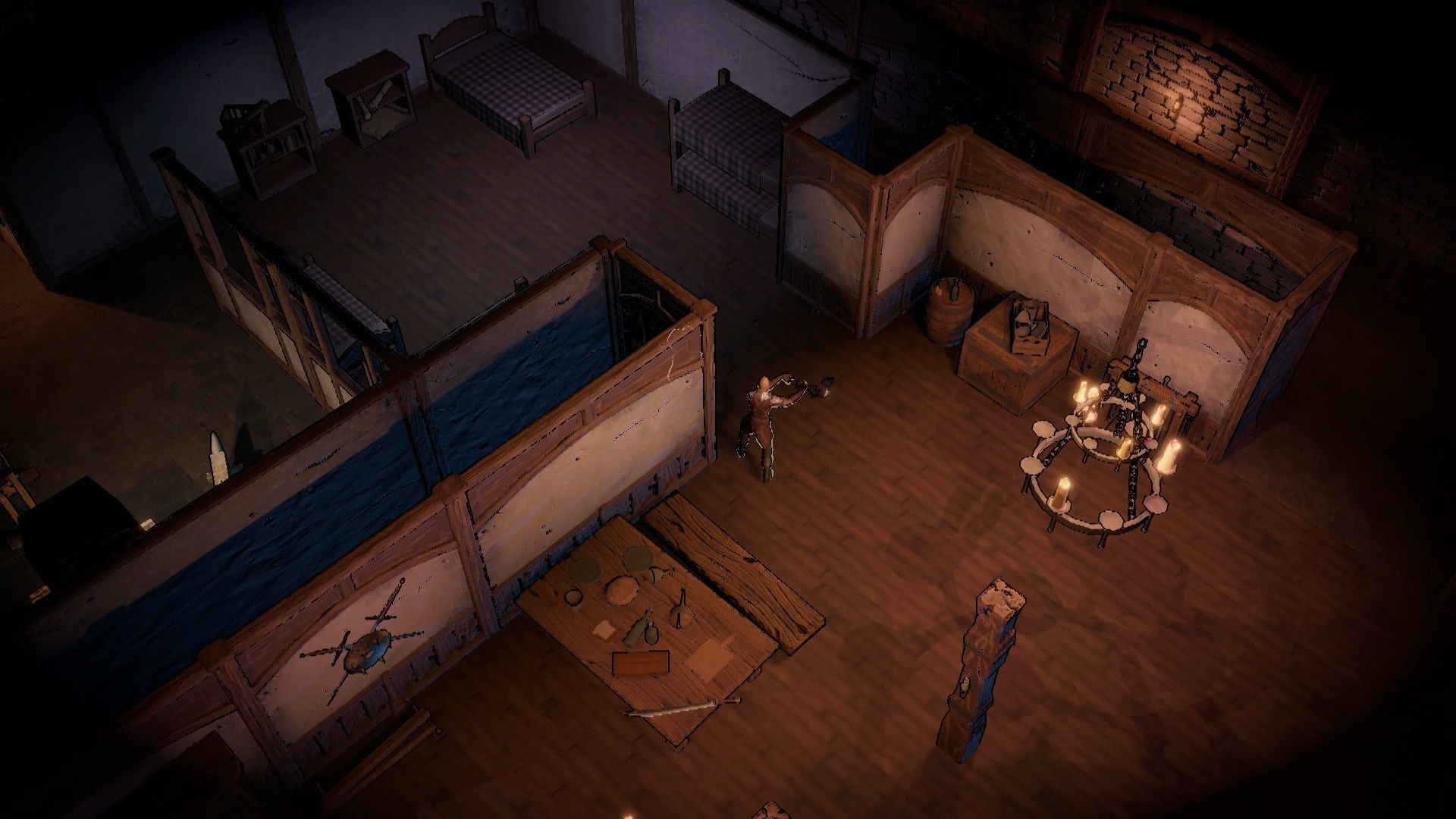 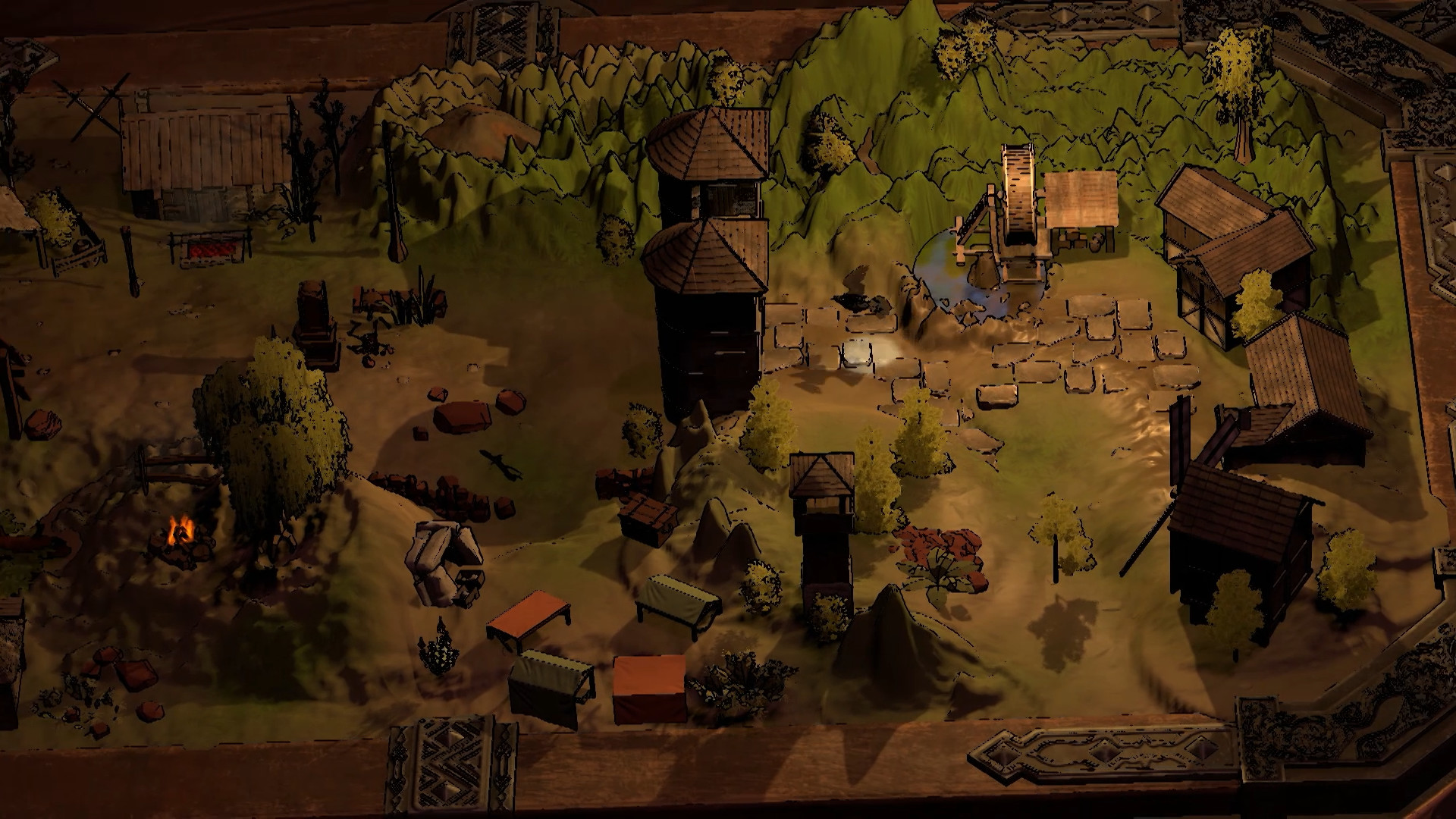 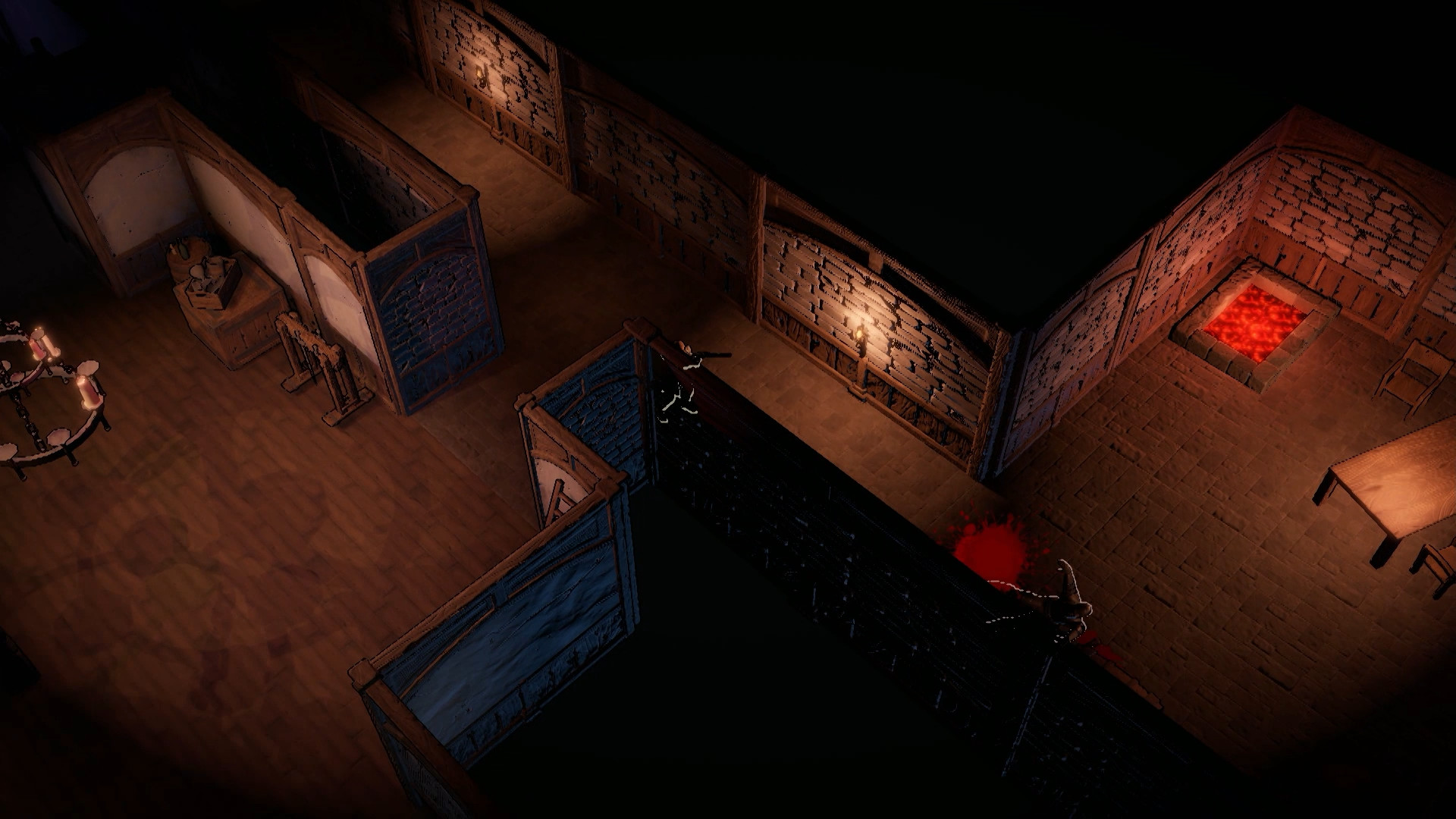 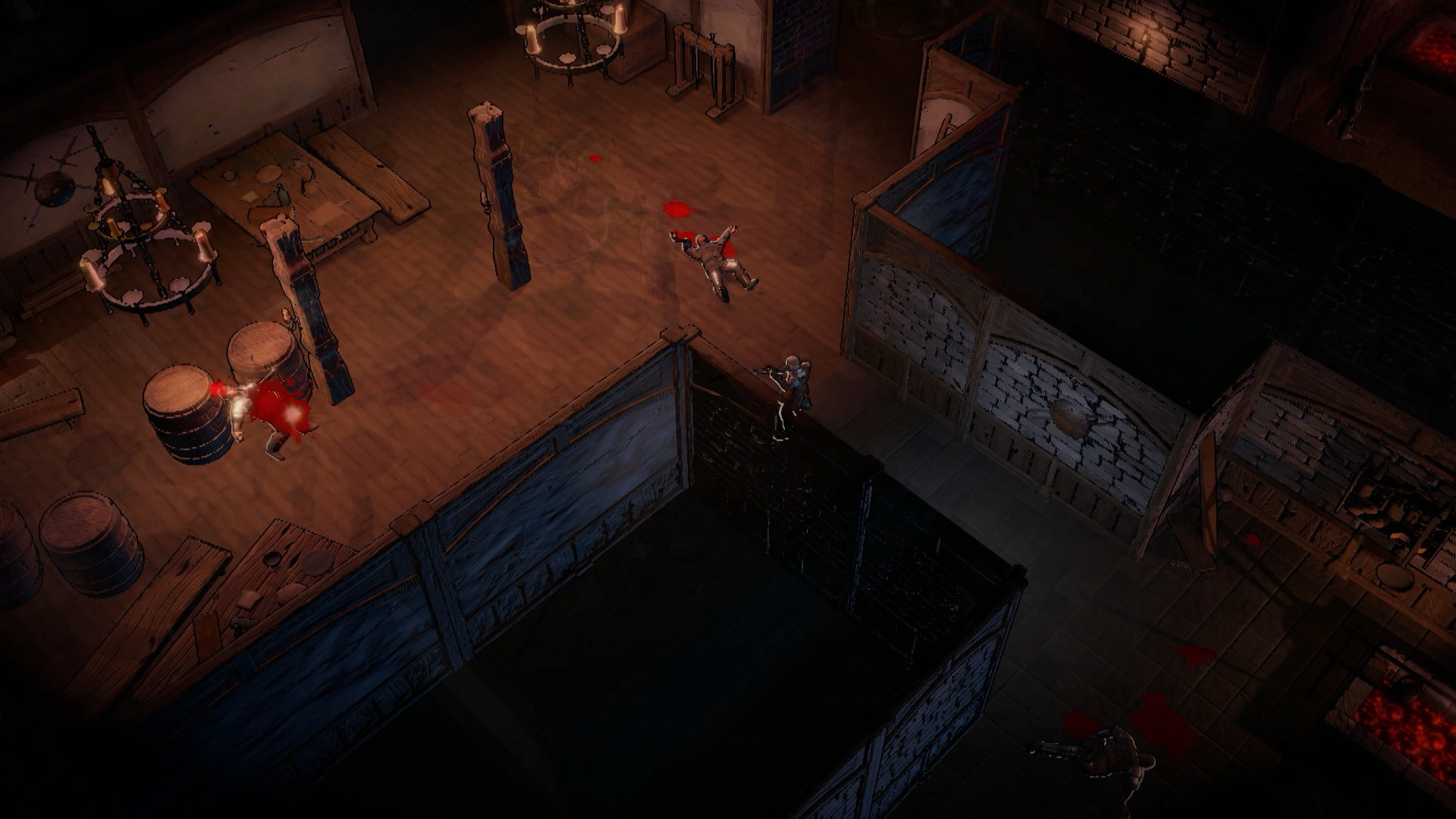 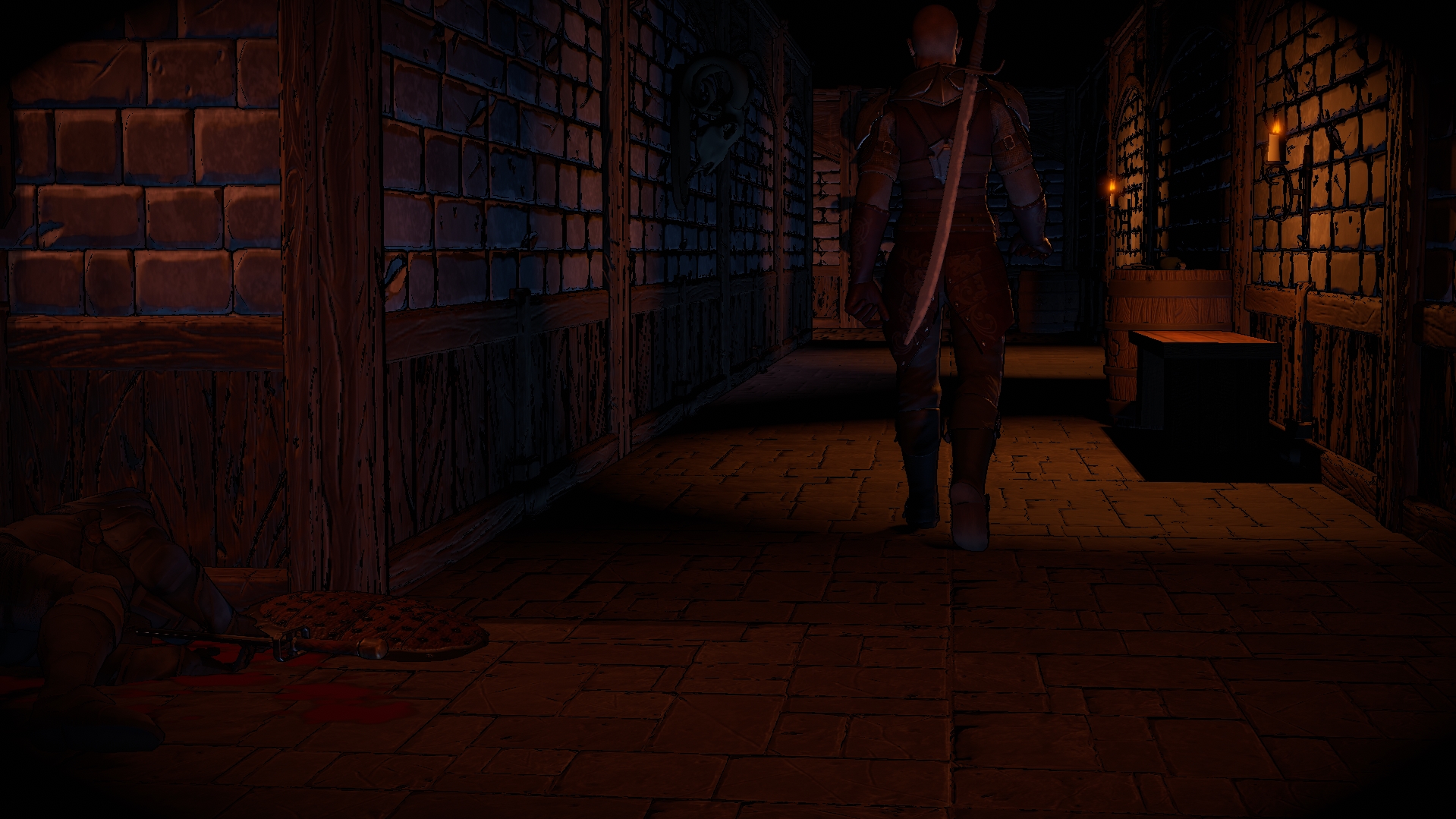 Kingslayer Tactics is a unique low fantasy game set in the chambers of European castles at the turn of the sixteenth and seventeenth century. You play as the Kingslayer called “The Raven”.

In this interesting and mysterious renaissance world you will learn the tactics, strategy and adventure of a person dedicated to his goal. Sneaking through castle corridors and fighting with hordes of royal guards is not the only thing you need to do. Planning your next step and upgrading your weapons is equally as important.

The game world is inspired by the European kingdoms and principalities, but the realities of the game are far from historical facts. The game takes the player on a journey through mysterious lands, set in an alternative version of the Renaissance Europe.

Enter a dark and mysterious story about “The Raven” and discover his secrets. Since the story about the Kingslayer was told for the first time in tavern, it is still floating around among european sorcerers.

Kingslayer is a unique combination of tactics, strategy and adventure in one game. Top-down shooter mechanics mixed up with stealth gameplay elements and RPG features creates an interesting and addictive gameplay.

1. Upgrade your weapon by replacing steel parts with unique elements made of precious metals.

2. Turn into a raven in order to avoid a deadly threat and get into hidden and protected chambers.

3. Explore the refined locations, wander around the world of the 12 Kingdoms in the form of a “Raven”.

4. Collect important informations about your goals, learn about the game universe and obtain rare artefacts by completing artfully designed quests.

5. Learn the story about complicated character that combines the characteristics of a villain and a noble knight, but gives no pretext for clearly define his moral choice.