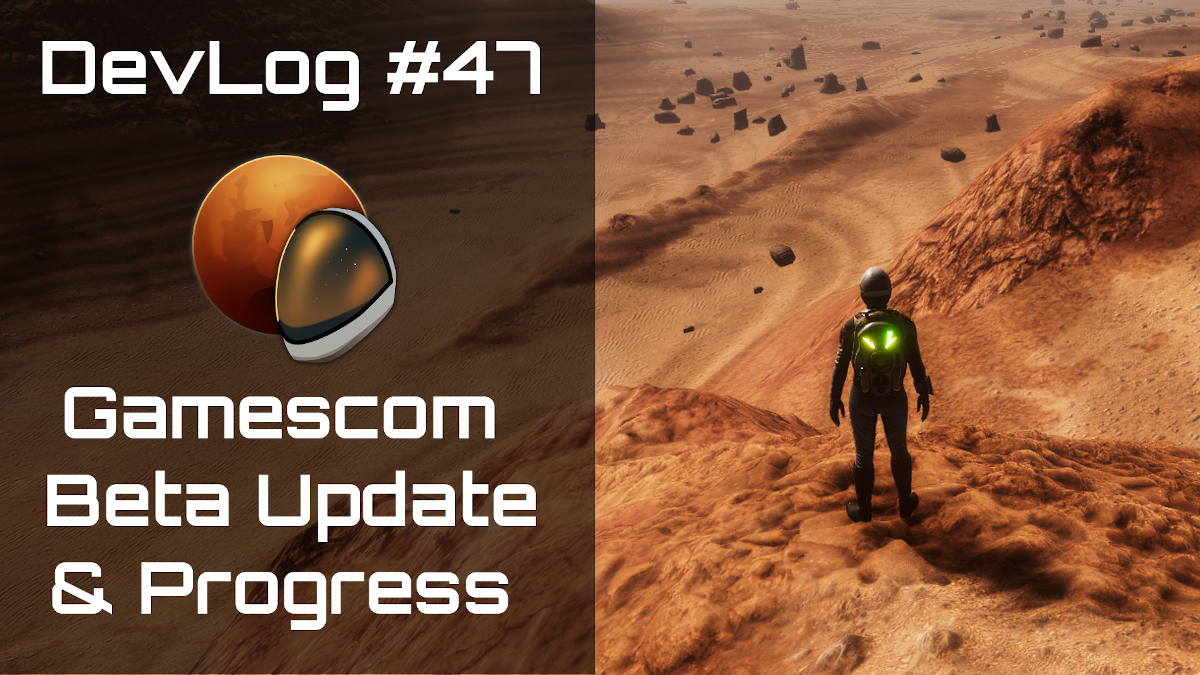 We’re back from Gamescom!

Big thank you to the Polish Agency for Enterprise Development for their assistance and support and for providing us a chance to show Occupy Mars: The Game at this great gaming event!

Our booth had a lot of visitors, who gave us a lot of valuable feedback. Of course, we receive plenty of feedback on a daily basis from our Beta playtesters and we’re very grateful for that. However, during Gamescom, we could meet our players live and see all their reactions and feelings that accompanied them during their playthrough. What we learned will help us greatly to prepare the game for its Early Access release.

Gamescom was also – or above all – a meeting for hundreds of gamedev companies. We’ve met a lot of great people and established contact with companies from various countries. Who knows? Maybe some of these friendships will create opportunities for Occupy Mars: The Game to reach even more people in the near future!

Our team members made sure to bring everything they’ve experienced back to Poland. What is left to apply all this experience to practice!

Gamescom is not everything we have to tell you about, though!

Let us start with the information that more people who registered for Beta have received access to the playtest version of the game! If you’re one of those people, an email should arrive at the email address associated with your Steam account and you should be able to access the game through your Steam library.

There are various ways to send us your feedback:

A separate Sub-Forum on Steam called Beta Discussions was created for those who have access: LINK

After playing please also remember to fill out our Beta Survey: LINK

If you’d like to hang out with other players outside of Steam forums, we have dedicated channels on our Discord server as well: LINK

A lot of fixes come with this patch. You can find the full changelog below.

– Added Radio – It’s one part of a two-part feature. Now you are able to add music into OccupyMars_DataStreamingAssetsMusic and play it instead of default music. Later we will add a possibility to place the radio inside your base, and play music at some distance from it.

– Added emergency lights while your base building has low durability

– Added the possibility to hold all items in hands.

– Small Solar Panels now should properly rotate towards the sun.

– fixed bugs related to the panel in Hangar

– fixed problem when sometimes tourist mode not having all items

– a fixed problem that occurs while combining items with 0 durability

– fixed inability to pick up and move plants by hand

As the end note, we’d like to show you what our team has been working on – aside from fixes prepared for Beta Patch v0.87 of course. 🙂 New vehicles! These aren’t features present in the current Beta version, but they’re likely to appear at a later time.

Do you like them? It’s an interesting alternative to usual trips in a Heavy Rover, but you also have to keep in mind that neither Quad nor Truck are as well equipped for emergencies. No sleeping through a sudden sandstorm if it hits you on the way home. 😉

We know it’s a long ride, but we truly believe that Occupy Mars: The Game is on a good way to its Early Access release and we can’t wait to arrive at the finish line.