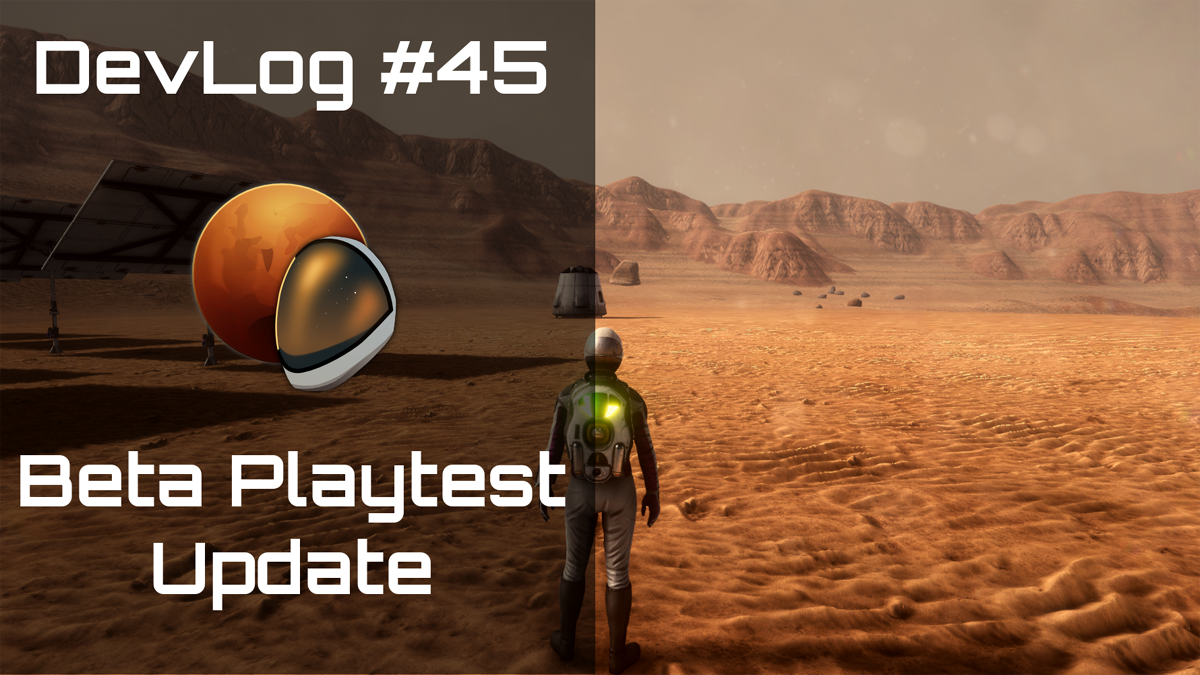 We have a bunch of good news for You. After releasing more than a thousand of keys almost two weeks ago and collecting feedback from hundreds of players we are moving to the next stage of beta tests.

We have fixed most urgent bugs and added several features players wanted to the beta version.
There are changes that made it to this version.

– Added possibility of resetting rover. The base keybind is “R”, you can change it in the controls settings.
– Added possibility to pin on UI resources needed for building, all you need to do is right-click on the building in the Building menu. And required resources should show on the right of the screen.
– Added possibility to unlock Sabatier Reactor using techtree.
– Added new screens after finishing tutorials, so the player is able to choose next tutorial without going back to the main menu.
– Added the possibility of drinking alcohol (since you can’t create it on your own in beta we left some for you in the rover while starting new game).

With new features and many bugs fixed – we’re releasing game to more beta testers. A few hundreds more keys has just been sent to randomly chosen players who had signed to beta tests before. We hope you you’ll enyoy the game and we’re waiting for your feedback.

A separate Sub-Forum on Steam called Beta Discussions was created for those who have access: LINK.
After playing please also remember to fill our Beta Survey: LINK after playing the Beta.

If you’d like to hang out with other players outside of Steam forums, we have dedicated channels on our Discord server!