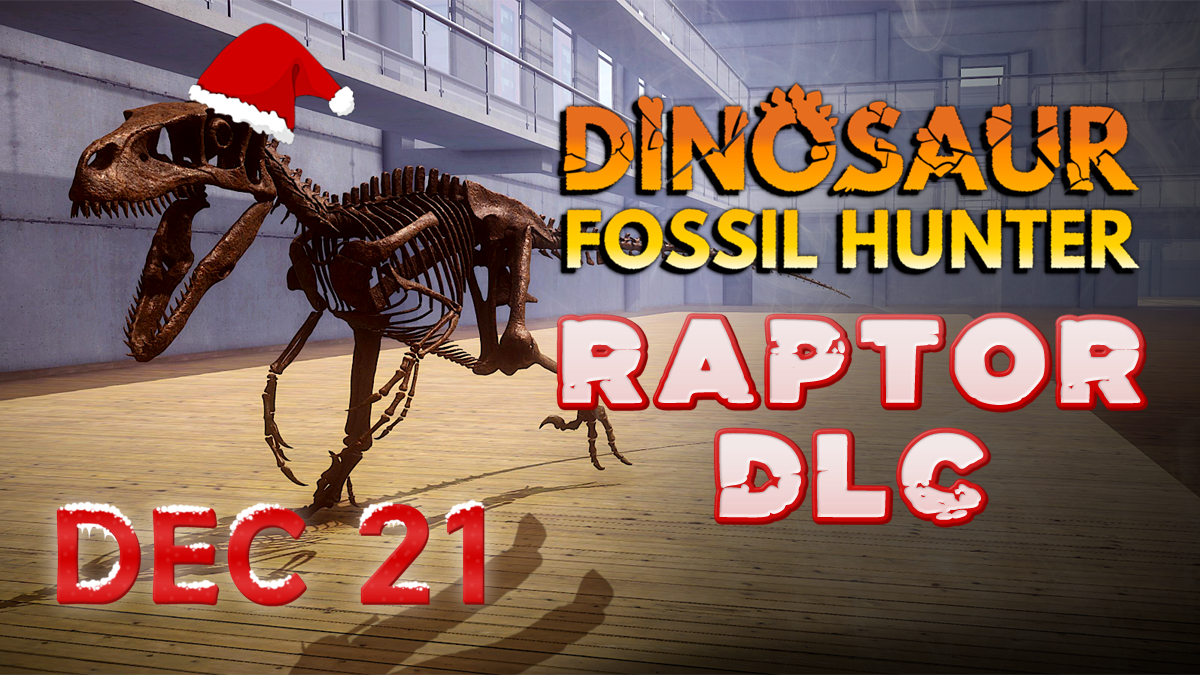 We’re happy to announce that Raptor DLC is coming to Steam on December 21!

Raptor DLC adds a new dino skeleton for you to assemble in Dinosaur Fossil Hunter – skeleton of Utahraptor ostrommaysi!

Make sure to add it to your Wishlist to receive a notification as soon as it becomes available!

We’d like to let you know that we’re preparing a Kickstarter campaign for another game of ours – Occupy Mars: The Game! Check out the campaign page and if you’re interested, be sure to bookmark it!