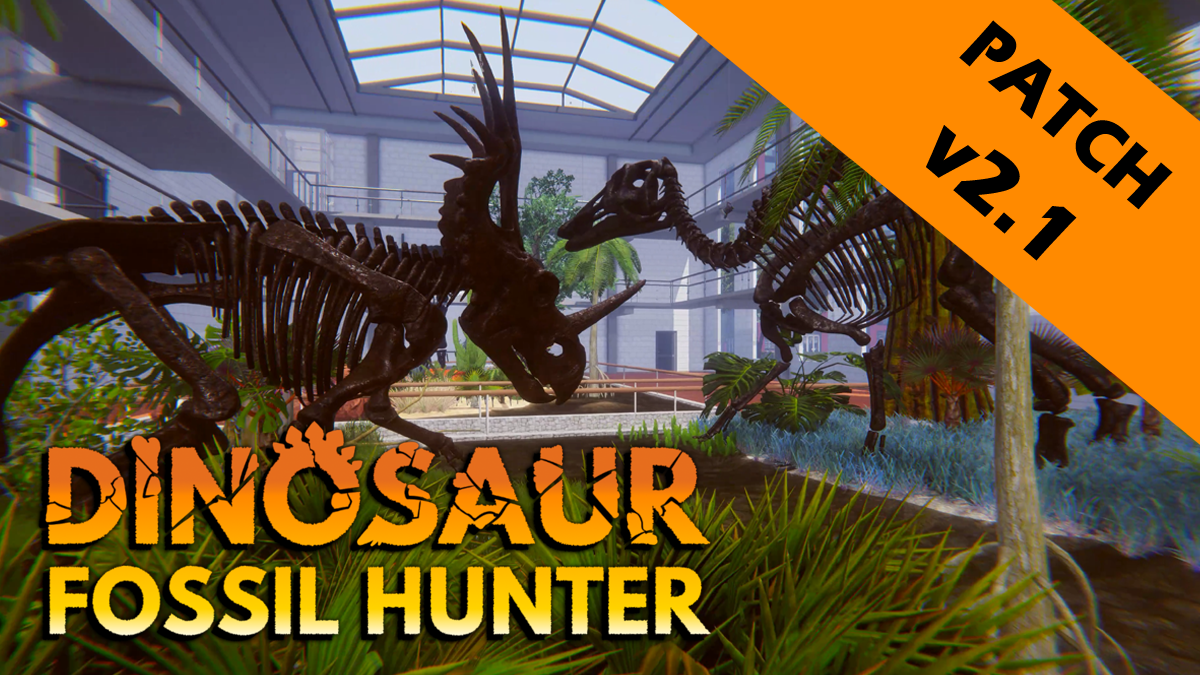 It took us longer than expected, but we can finally let you know that Dinosaur Fossil Hunter is ready to update to version 2.1!

Over the last 2 weeks our team has been working relentlessly to get rid of various issues players have reported to us, with particular emphasis on the most critical ones. Some of the most important issues that Patch v2.1 addresses are bugs causing an infinite loading time after traveling to the museum, cursor disappearance in the main menu and autosave issue that was behind disappearance of various dinosaur skeletons and expositions displayed at players’ museums.

Important note for all players who lost their dinosaurs or expositions

Fix should successfully prevent autosave issue from resurfacing, but bringing back lost objects requires an individual approach to every player who fell victim to it.

If you’ve lost your dinosaur skeletons or expositions as a result of the aforementioned bug, please contact our team at email address [email protected] so we can assist you in getting your precious dinos back.

We hope this update will address the most common problems which some of you experienced. We’re waiting for your feedback and meanwhile, we are focusing on finishing the Designer DLC which should be ready pretty soon. Remember to add it to your Wishlist if you haven’t already. 🙂