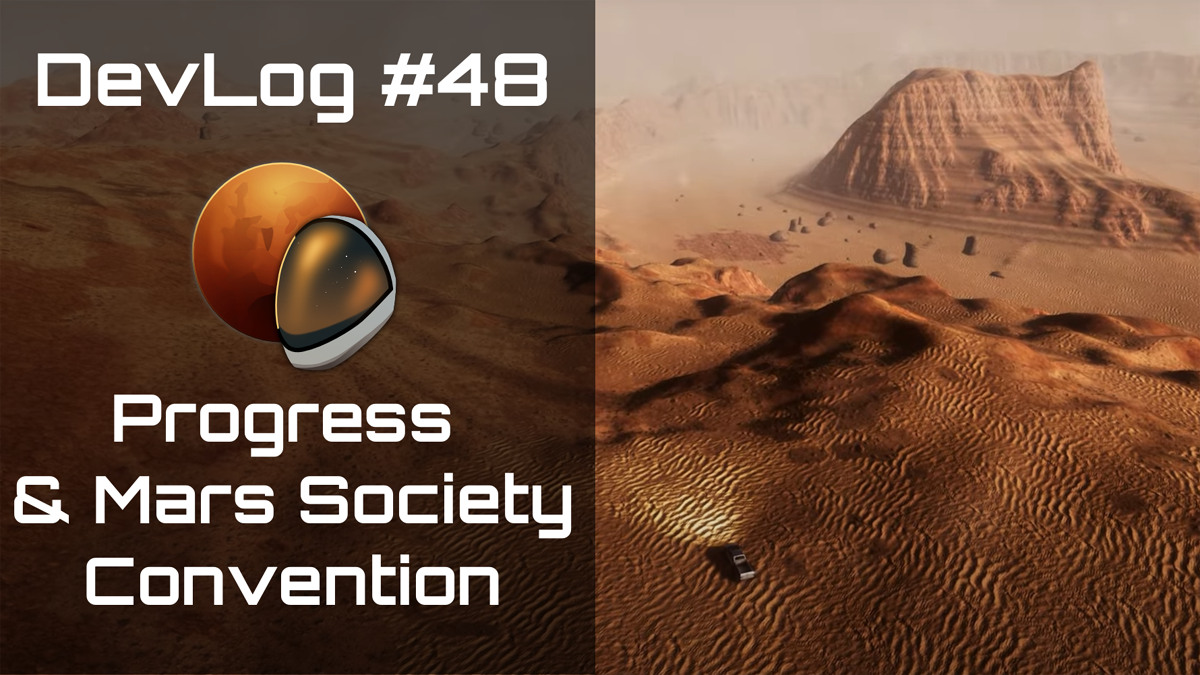 It’s time for us to report on our development progress since our last devlog.

If you’re watching our streams on Twitch, you might be familiar with some of these features. Nevertheless, we hope this devlog will give a better picture of the game’s current state.

We have implemented foundations into the building system. They come in various shapes. In the future, the system will be improved to allow building on those foundations.

Pop-up notifications have been added to many options in Main Menu and in tablet UI, with one of the most important ones being an additional window “Do you want to leave the game?” requiring final confirmation from the player. Moreover, with new features and new panels added to tablet UI, interface’s overall design has been polished to make sure it’s consistent across all panels. Main Menu has been rearranged and modified according to players’ and our testing team’s feedback to make it easier to navigate and more legible.

Information about missions and tutorials has been moved to the Tips panel for easier access. Tips panel will now feature tips along with your current tasks.

Arrows have been added to ghosts of various objects in building mode to indicate where the plug is and to help players place those objects with that in mind.

Tools upgrading system and plant models have been improved. We also continue polishing astronaut’s animations. A sorting mechanic has been added to better organize the contents of your inventory.

Special Tech Boards have been included in the game. They are spread all around Mars and give a boost to your Tech Tree abilities. Highlighting mechanic has been added to make it easier to locate them when you get close enough. After finding Tech Board and interacting with it, its data is automatically downloaded to Tablet, where you can find information about Tech Tree points you’re earned.

It’s now possible to build a cabinet inside the buildings. Various items can be safely put there. This cabinet’s purpose is to give you some place for storing your items. While it will definitely help with keeping your base tidy, you have to remember that it won’t prevent your food from spoiling.

Greenhouse Tutorial has made it back to the game and domes now come with soil management mechanic. It’s possible to build a composter which will allow you to make use of any leftover materials to improve the quality of your crops.

New music track has been added to let you know when your buildings have been damaged and require immediate attention. What’s more, flickering red lights inside the damaged buildings will alert you about the danger.

We are now working on improving tutorials. Electricity system tutorial in particular will require an overhaul to introduce players to functionality of circuit breakers.

Lastly, we have added the long awaited anti-meteor rocket launcher! If you’re fed up with sleeping through meteor storms and you don’t like the idea of fixing your base afterwards, this rocket launcher allows you to shoot down threatening meteors before they hit your home.

That would be all we have to show you for today. However, we are preparing a few big announcements for you. In just a few more hours, on October 20th at 2 PM PST our CEO will participate in the Mars Society Convention with a presentation about Occupy Mars development. Check out the event’s website if you’re looking forward to Occupy Mars: The Game, keep your eyes on our social media profiles and News tab here on Steam!